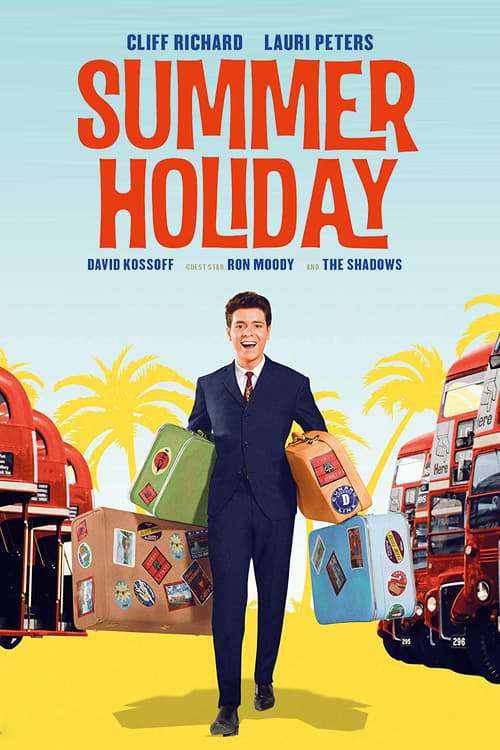 Music • Romance
1963
1 hour and 43 minutes
From the First Kiss to the Last Blush It's the Craziest Riot On Wheels!
1960s musical showcasing Cliff Richard. Four bus mechanics working for London Transport strike up a deal with the company: they do up a one of the company's legendary red double decker buses and take it to southern Europe as a mobile hotel. If it succeeds, they will be put in charge of a whole fleet. While on the road in France they pick up three young British ladies whose car breaks down and offer to take them to their next singing job in Athens. They also pick up a stowaway, who hides the fact that she's a famous American pop star on the run, chased by the media and her parents.
Release:
February 18, 1963
Original language:
English
Production country:
United Kingdom
Producer company:
Associated British Picture Corporation
American International Pictures
More informationexpand_more
Director