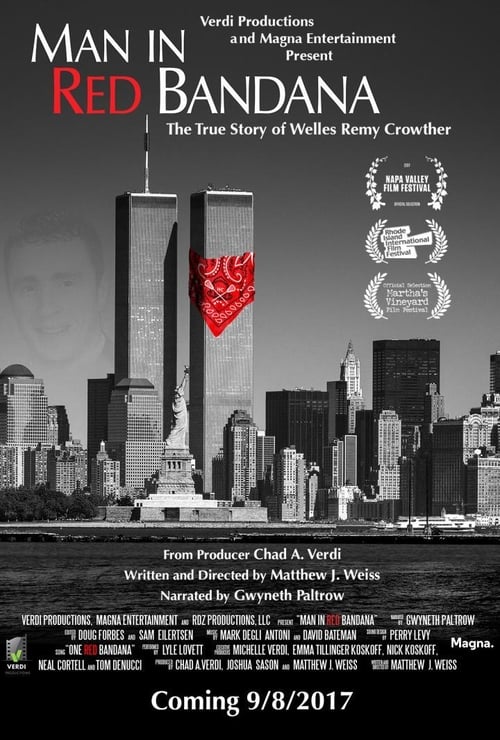 Documentary • History
2017
1 hour and 25 minutes
He went up, so others could come down.
"Man in Red Bandana" is about Welles Remy Crowther, an extraordinary 9/11 hero. However, how his heroics became known is even more remarkable. Eight months after the disaster, his parents learned about how their son spent his last hour due to an ordinary object ... a red bandana. This revelation dramatically shifts their perspective on their loss. After hearing his remarkable story and how it unfolds, viewers will see how the actions of one man have touched 1,000s. This inspirational segment of the film depicts the unique, diverse and folklore ways that Welles is honored throughout the United States including in art, sports and song. Even President Barack Obama pays homage to this young man in the film. Our uplifting ending culminates in the revelation of a secret about Welles that can only be described as "perfect".
Release:
September 08, 2017
Original language:
English
Production country:
United States
Producer company:
RDZ Productions, LLC
More informationexpand_more
Director