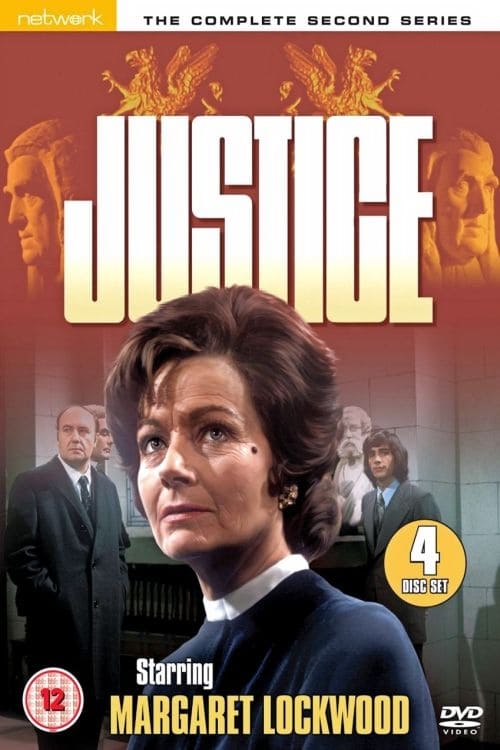 Drama
1971   •  1 h.
Finished
Justice is a British drama television series which originally aired on ITV in 39 hour-long episodes between 8 August 1971 and 16 October 1974. Margaret Lockwood stars as Harriet Peterson a female barrister in the North of England. It was made by Yorkshire Television and was based loosely on Justice Is a Woman, an episode of ITV Playhouse broadcast in 1969 in which Lockwood had previously also played a barrister. The theme music was Crown Imperial by William Walton.
Release:
October 08, 1971
Original language:
English
Network: